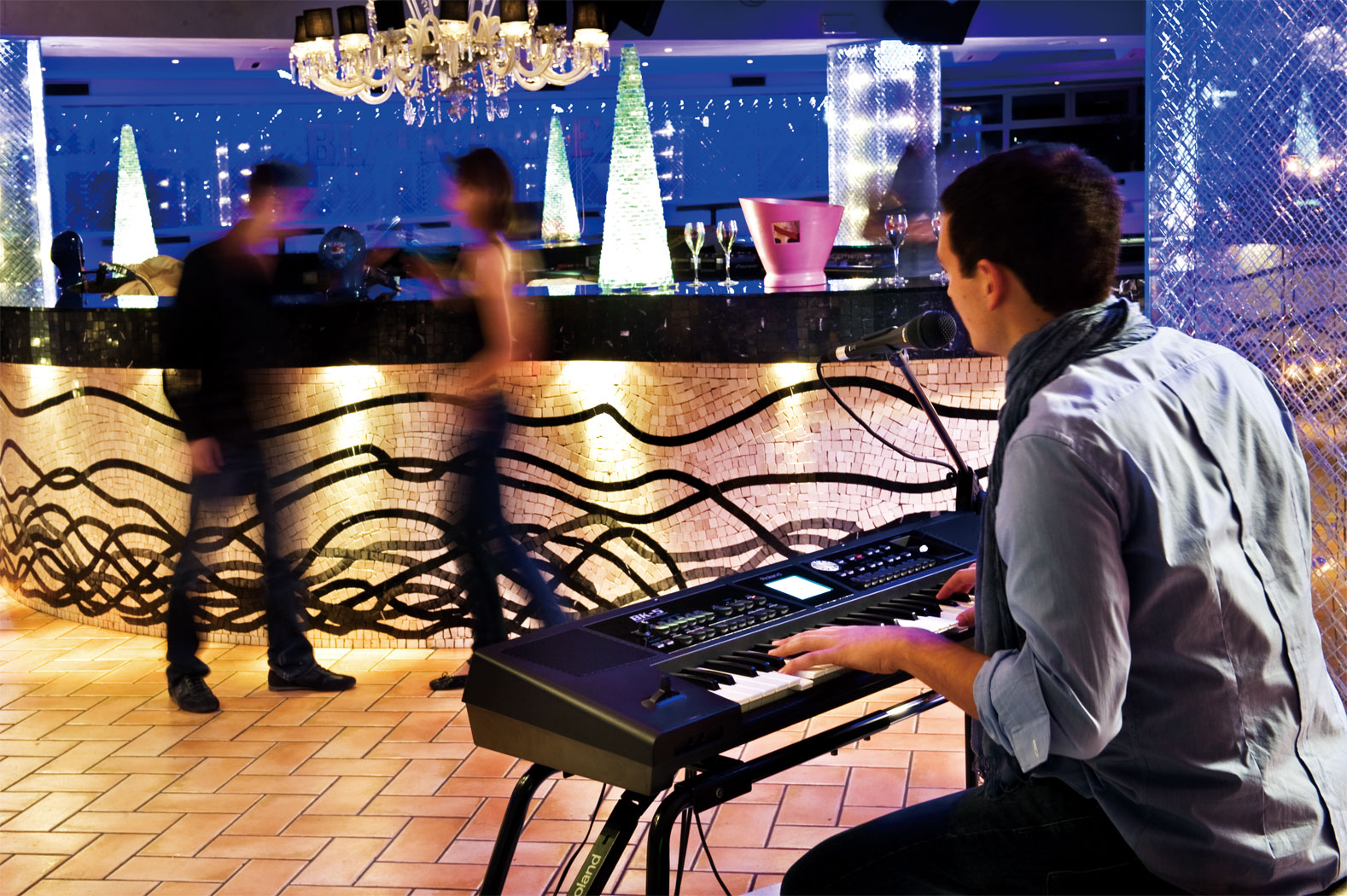 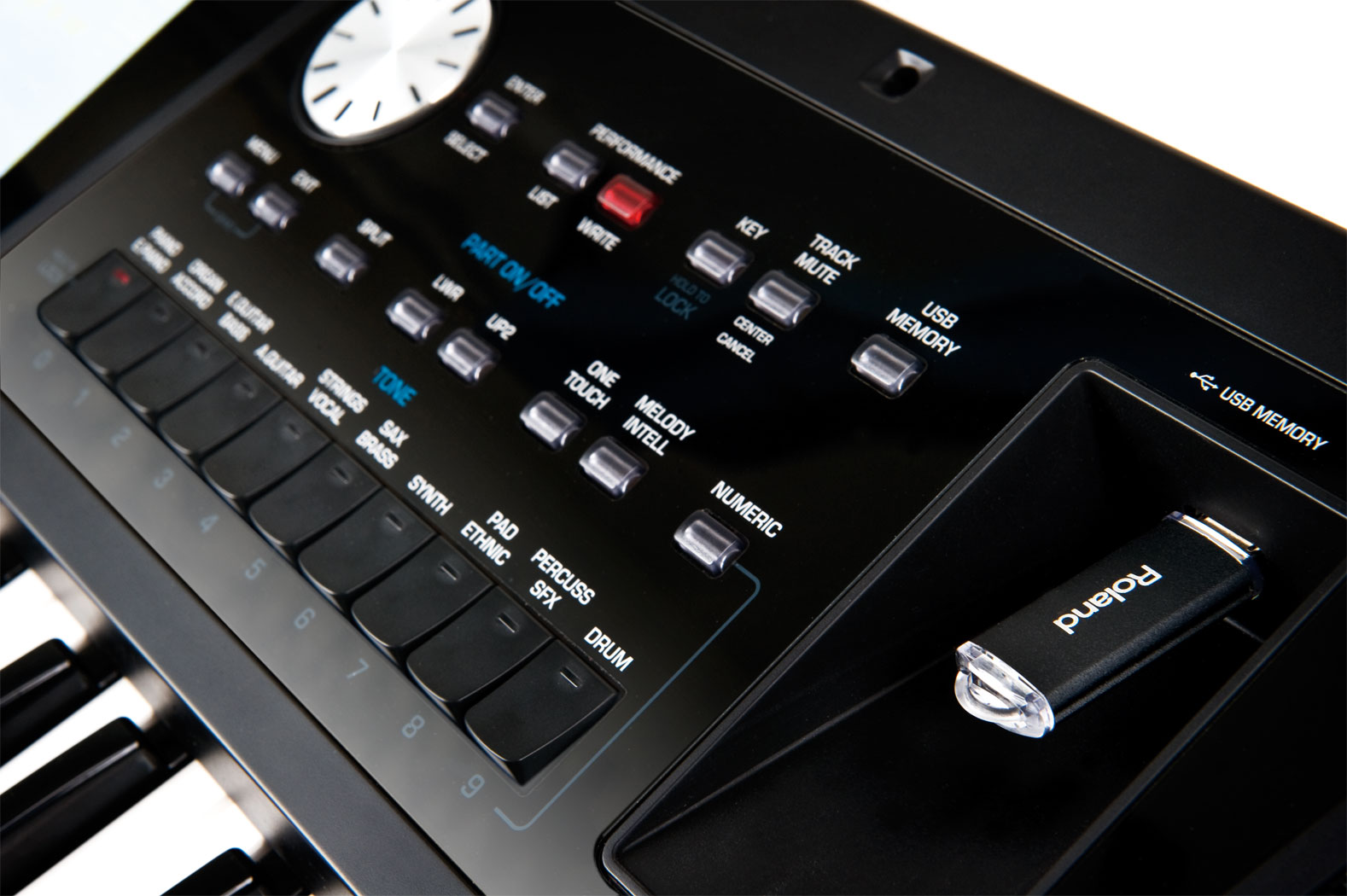 Roland's BK-5 is a very easy-to-use arranger/recorder keyboard that's loaded with a big selection of sounds, Musical Assistants, and rhythms from around the world. This compact, 61-key arranger's velocity-sensitive keys give you a dynamic and expressive playing experience, while onboard effects make the 1100-plus sounds even richer. The BK-5's onboard stereo speakers give you a self-contained performance machine, and you can even record straight from the BK-5 via USB. If you're in the market for a do-it-all arranger keyboard, you've found it: the Roland BK-5.

The BK-5 is powered by a state-of-the-art Roland sound engine, packed with over 1,100 great sounds and dozens of drum and percussion kits. The instrument is able to handle 128 voices simultaneously, and is compatible with a variety of voicing formats, including GM2, GS, and XG Lite. Feed the BK-5 a Standard MIDI File, buckle up, and get ready for a great-sounding band!

In addition to playing MIDI Files with its internal sound generator, the BK-5 can also play and manipulate audio files. Play MP3 or WAV files via USB and use the onboard controls to change key signature and tempo to best suit your vocal range or performance style. You can also use the BK-5’s Center Cancel feature to minimize the vocals from pre-existing songs to create instant karaoke-style sing-along tracks.

To expand the capabilities of the BK-5, a USB port is provided for connecting to industry-standard USB storage devices such as a USB key or self-powered USB hard disk for playing and modifying/saving files. You can also use the USB port to record your performances as audio files (WAV, 44.1KHz/16-bit linear format) on a USB storage device.

The BK-5’s composite video output can be connected to an external monitor, which allows the audience or other musicians onstage to follow the lyrics and chord symbols of the performed song. Turn your show into a multimedia experience!